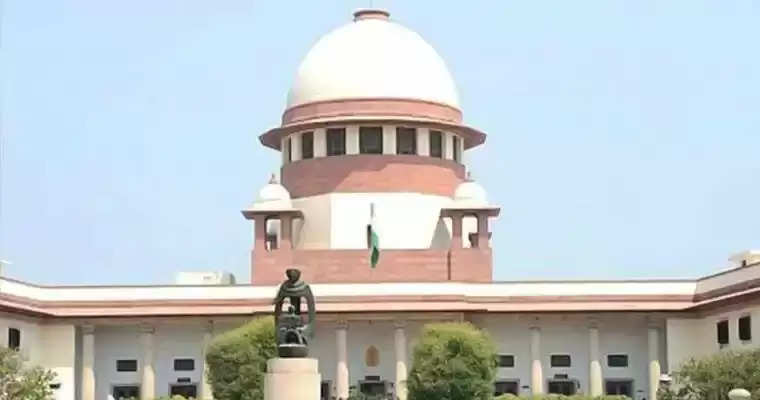 On Friday, the Supreme Court Bar Association held a reception in honour of Chief Justices of different High Courts at the Supreme Court premises. The event was graced by the presence of the CJI, N.V. Ramana, Justice U.U. Lalit, Justice M. Khanwilkar, Law Minister, Kiren Rijiju, Attorney General, K.K. Venugopal and Solicitor General, Tushar Mehta. It also marked the presence of the members of the Bar.

Addressing the attendees, and the Chief Justices of the High Courts in particular, Attorney General, Mr. K.K. Venugopal talked about what he thought was the primary impediment towards building an effective justice delivery system - the burgeoning pendency of cases at all levels of judiciary.

He started his address on a lighter vein by recollecting that on March 18, 1996 when Justice Bhagwati spoke to the Times Magazine he had declared that the Supreme Court was the most powerful court in the world. He reckoned that even with this power, the Supreme Court is not able to tackle the tremendous heat across the country. Given the hot weather condition, he announced he would keep his speech short and only address the most relevant concern staring the justice delivery system in the face i.e. pendency and vacancy.

Mr. Venugopal stated that with technological advancements that have now been adopted by the judiciary, it is possible to track the pendency of cases. Though the data is easily accessible, he noted that it was disheartening to look at the huge number of cases pending before courts.

"What is the pendency in courts? We have an e-committee headed by J. Chandrachud who is putting the entire data on the National Judicial Data Grid and when we see the result there, a pall of gloom settles."

He did not shy away from calling it a 'hopeless situation'.

"You find that we are in a hopeless situation."

For a better understanding of the hopeless situation, he informed everyone present that 40 million cases are pending before the Trial Courts and in High Courts 4.2 million civil cases and 1.6 million criminal cases are pending.

With cases pending for 30 years in Trial Courts and almost 10-15 years at the High Courts, he opined it would be difficult for the public at large to have faith in the judiciary.

Several Supreme Court judgments have acknowledged access to justice to be a fundamental right, but the exploding pendency has the effect of frustrating the same. Stating that the said right to access justice would be enforceable against the Governments as well as the justice delivery system, he opined that both the executive and judiciary have to find solution to the issue of pendency that looms large on the effective administration of justice.

"We find from the judgments of the Supreme Court that the access to justice is a Fundamental Right, but against whom the poor litigant or undertrial who is detained for the same number of years as he would have been punished, against whom will they enforce Fundamental Rights. According to me it has to be against the Govt. of India, Govt of States as well as the judicial system itself."

However, he identified that pendency can be attributed to vacancies across the board. He stated that there are 5000 vacancies at the Trial Court level and most of the High Courts are functioning only on 50% of its full capacity.

"There is one problem, that is the vacancies. The vacancies in Trial Courts which should have 24000 judges, have 5000 vacancies, High Courts have only 50% judges functioning. How do you expect that we would be able to even make a dent in the pendency of cases. It is my submission that the lawyers, judges and Govts. have to get together and see it is possible."

While delivering his speech, he also touched upon the adverse effects of pendency on the lives of people who have fallen into the traps of the justice delivery system which is marred by delays.

"76% of the inmates in jail are under trials and this is the highest in 25 years. These are poor people who cannot even furnish bail and they rot in jail for years."

Mr. Venugopal asserted that something drastic needs to be done to remedy the situation so that the glory of the justice delivery system can be restored.

"Something drastic has to be done. We have to all put our heads together to remedy this situation so that the justice delivery system can regain its position as an effective cure to the deep menace and disease which has crept into the system."

Chief Justice of India Ramana present at the event endorsed the concern expressed by the Attorney General. The CJI said that he will address the concerns in detail tomorrow based on the inputs from the ongoing conference with the Chief Justices of the High Courts.